Is Homeschooling a Real Option for Your Child? 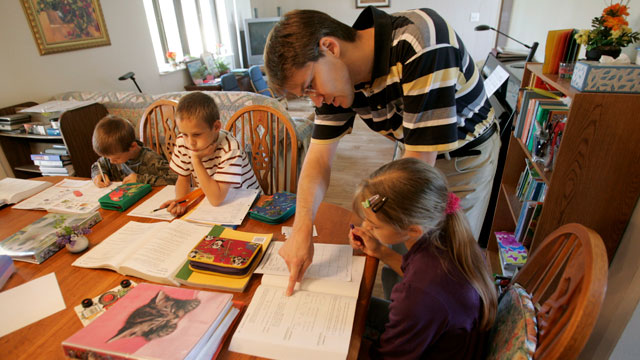 It took a missed biannual trip to my sister’s in South Africa for me to realise just how much can change within a short period of just four years. We decided against the visit because my son had just been born and we agreed it would probably be a nightmare travelling so far with an infant, so it’s been a whole four years between the latest two visits. Something else I realised however, after witnessing how well one of my nephews developed into an independent and level-headed young adult, was that homeschooling can actually be a real option for one’s child and it had me seriously thinking about homeschooling my own child at some point along his educational journey.

The boy who’d clearly gone through a late teen growth-spurt seemed to have his life sorted out and was only still living at home with his mom because she had a hard time letting him go. He still has to correct himself when addressing me, after calling me “aunty,” since I encouraged him to address me by my first name — one of the many ways through which I try to stay young. For a young man who’d gone through his last three years of schooling being homeschooled, he showed a lot of discipline, independence and responsibility. He insists the only reason he doesn’t make his bed is because of an article he read about dust-mites not being interested in aerated bedding, but I have it on good authority that it’s because he was sick of having to make his bed with the sheets tucked-in with what the matron called a “hospital corner,” during his stint as a boarder back in his boarding school days.

Other than foregoing his bed-making responsibilities, his daily routine consists out of spending about four hours on the computer, which is apparently enough to afford him two of his own cars and a growing savings account, then getting together with some of the many friends he said he made while still attending “regular” school, and through doing Kumon, a supplementary education programme that seems to have contributed greatly to his ability to remain disciplined in his unconventional career choice. Goodness knows what he does to earn money online (it looks like he’s some sort of programmer), but all of these things made me realise that perhaps homeschooling is indeed an option for my own child. A few things need to play out first though.

According to my nephew’s mother (my sister), one particular motivation for him to maintain discipline and actually do his work in the home environment was how certain things were considered as a privilege back in boarding school, like earning the privilege to study in your own dormitory as opposed to having to be present at the common room to complete your daily homework and “prep,” as they called it at the hostel. Making a success out of homeschooling also required her as the parent to get involved and simply show an interest in helping him get through his work and achieve the set-out learning objectives.