Is Insolvency the same as Bankruptcy?

Whenever I get into a discussion about money with family and friends, we all seem to agree that the ability to get money, from a bank or a finance company, is rather easy. You fill in a few forms, show them you’re working in a steady job and within minutes, the account is full of readies to do whatever it is you wanted to do when you applied for the loan. Years ago, and I am talking about 2 generations, so let’s say 45 years ago, a bank manager would put you through hoops before he considered you for a loan. 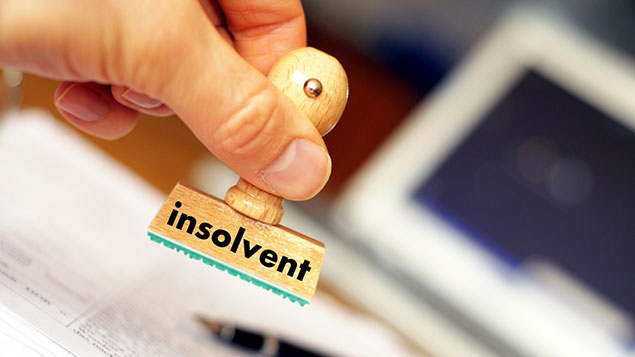 I remember my grandad saying that when he went to get a loan of £30,000 for his first home, he felt like a beggar with the bank manager virtually challenging him to justify why his bank (yeah, HIS bank) should trust you. Can you imagine that today? The other thing is the stigma of bankruptcy on your record. In the 60’s and 70’s being declared bankrupt was akin to being labelled an axe murderer. Okay, I exaggerate to make a point, but you get what I mean?

So you find the older generation always wanting to deal in cash. They don’t like to purchase stuff online and they would always pay cash at the supermarket for their shopping. That habit was born from the days when the local butcher and baker and corner supermarkets were small, personal concerns and the people who ran them wanted cash for their sales. It worked pretty well too. Have a look at the level of debt around the world today. And it was greed and credit that caused the financial crisis as well, a few years back, and from which many countries have not as yet recovered.

If you meet people today or have a group of friends, it’s more than likely that one or more of them declared bankruptcy to get out of a bad financial situation. It’s an easy route. They even gave it a new name – insolvency. What about celebrities declaring insolvency but somehow still driving a fancy car and living in a multi-million quid mansion? What’s that all about?

To fix the problem of declaring bankruptcy as an easy out, businesses which are your creditors, can set up a trust deed that all parties agree to and they get at least some of the debt repaid. Some is far better than none. If you have debts over £5000, you can apply to have a trust deed drawn up by your creditors and in which you agree to pay back what you can afford. The remaining amount is written off. You avoid becoming insolvent and your creditors get some money back. It’s a win/win in a way although the fact remains that you overspent. Or as Grandad says, the money coming in has to be more than the money going out. And that is how it should work all the time. Don’t spend what you can’t afford.