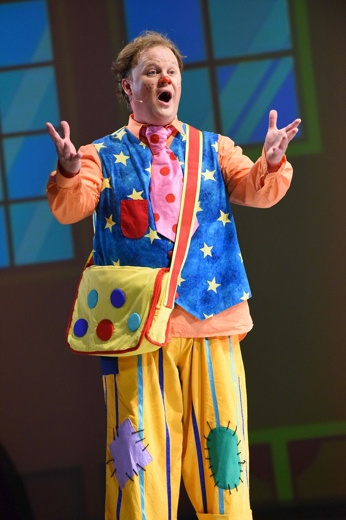 Turbine Festival
The vast temple of high culture that is the turbine hall at Tate Modern becomes a giant arty playground for a day of events including performances, artists’ commissions and drop-in how-to events.
Tate Modern, SE1 (tate.org.uk), July 25, 12.30-9.30pm, all ages

Song of the Sea
A boy reels from the death of his mother in this haunting, hand-drawn animated film from Ireland that’s full of folk magic and shiver-inducing emotion, plus a girl who can transform into a seal.
Out now in selected cities, PG

Art in the Garden
Drop-in family art sessions for young children, inspired by the gallery’s collection, from the flowers of Jan van Huysum to the trees in the Dutch Italianate works.
Dulwich Picture Gallery, SE21 (dulwichpicturegallery.org.uk), Wednesdays from Aug 5-26, 2-4pm, all ages

Beach Workshops
Experience the seaside landscape that inspired a generation of artists in a new way with hour-long art workshops on the beach, run by the nearby Tate St Ives team.
Porthmeor Beach, St Ives (tate.org.uk), every Mon and Tues during the summer holidays, 10am, 11.30am and 1.30pm, age 5-12, £4 for children, accompanying adults free

Kids’ Week
A misnomer, but a happy one — this annual month-long initiative enables one child under 16 to go free with each adult paying full whack to more than 35 West End shows, from The Gruffalo to 1984. And two more children can go for half price, plus there are workshops and backstage tours.
Various venues, London (kidsweek.co.uk), Aug 1-31, under 16s

Pleasance Kidzone
With 26 shows — including The Tiger Who Came to Tea, The I Hate Children Children’s Show and a Morph Modelmaking Workshop — and arts and crafts activities throughout the day, this is the prime stop-off for kids and families at the Edinburgh Fringe.
Pleasance Courtyard, Edinburgh (pleasance.co.uk/kids), Aug 5 to 31, under 10s

The Tale of Mr Tumble
Justin Fletcher — aka Mr Tumble, that kingpin of CBeebies — looks back on his life from bouncing baby Tumble to grinning man-child through the medium of slapstick and silly songs.
Manchester Opera House (0844 8717677), Sat and Sun, all ages, children over 18 months need a ticket

Alice’s Adventures in Wonderland
Will Todd’s delightful opera, blending arias, blues and music theatre ballads, is back on the lawns in Holland Park for the 150th anniversary of Lewis Carroll’s head-scratcher.
Opera Holland Park, W8 (aliceopera.com), to Aug 1, age 6+

Comedy Club 4 Kids
There’s just the right atmosphere of fun and mischief at these gigs, where comedians tailor their sets to be child-friendly. Some of the acts are kids who have graduated from Comedy Club 4 Kids workshops. Udderbelly Festival, SE1, July 18-19, then touring to Guildford, Truro, Camp Bestival and Edinburgh (comedyclub4kids.co.uk), to Aug 30, age 6+

Paper Towns
This coming-of-age tale has everything — a big star (Cara Delevingne), a mass of twists and turns and a juggernaut bestseller (John Green’s hit YA novel) behind it. Older kids and teens will be clamouring for movie money to see it.
Nationwide, from Aug 17, 12A