Eating out is a conglomeration of many different things. It’s fun. It’s tasty. It’s convenient. It’s easy. It’s also got its fair share of characteristics that aren’t so positive. For one, it’s usually pretty unhealthy. It’s expensive. You have no control over what you’re putting into your body, you never know when you just might get food poisoning, and the servers all pretend to love you but are most likely standing in the server station chatting with their coworkers about how awful you are. 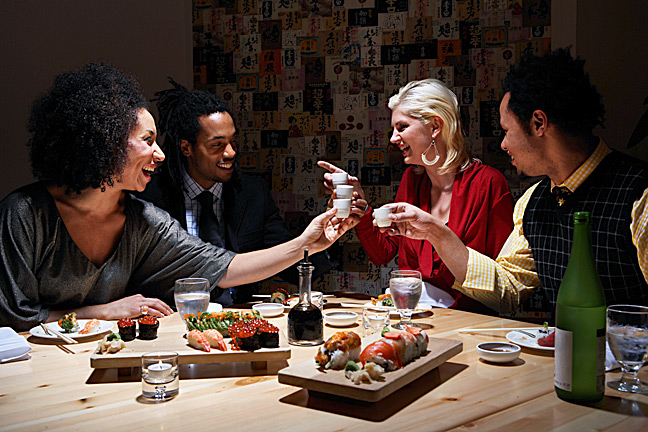 You take the good with the bad, and generally, since you’re the customer, you’re going to get the good end of the deal. You pay for a service, you get delicious food (hopefully) and you go home full and happy. If you’re evaluating your life and wondering where you can make changes that are going to benefit you in the long run, consider taking a step back from eating out. If you do, here are 3 things that will happen to you:

You’ll Have So Much Money

Again, people really like the convenience of having something done for them. They don’t have to cook, they don’t have to clean up, they just order up and all the work is done in exchange for a couple green bills.

However, when you think about it, those couple green bills often come with the face of Alexander Hamilton, Andrew Jackson, or if you’re a big spender, Benjamin Franklin on them. If you’re eating out once a day at $20 dollars a pop, that’s a huge expenditure on yourself alone. When you stop eating out, or you at least cut back, you’ll find that you have so much money you don’t know what to do with it.

When people go out to eat, they like to pretend that the food has no calories. Isn’t that a nice notion? Everybody is guilty of this. However, this couldn’t be farther than the truth. Restaurants make their money by making their food taste good. This is made possible in part by your friend butter, oil, sugar, flour, and all things fatty. Boy does it taste like a million bucks in food form, but if you’re eating out often, you’re hammering down the calories.

When you stop eating out, don’t be surprised when your waistline drops some centimeters or even inches. When you cook at home, you usually simplify. You’re not making the sauce that is one part heavy whipping cream the other part butter. Well, maybe you are…but that’s up to you.

If you stop eating out so often, many things will happen to you, but perhaps the coolest thing is that you’ll be forced to acquire a new skillset. If you never knew how to cook and that led you straight to takeout, now that you’re taking a step in the other direction, turn on the food network, and start building those skills. They’ll benefit you for life. Remember; a moment on the lips, a lifetime on the hips. At least when you’re cooking from home, you have control over it all.