The best way to train children about money 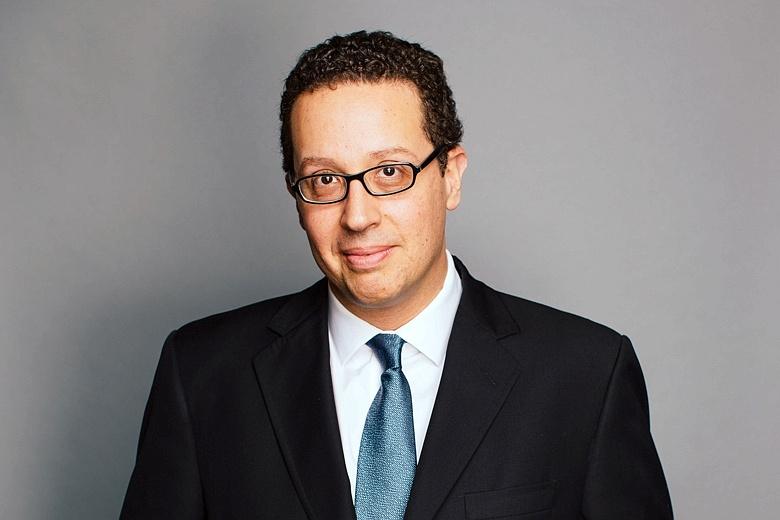 When seven-year-old Talia announced that she had outgrown the pink walls in her bedroom, her parents said if she wanted to change the decor she would have to pay for it herself. That seemed a pretty tall order for a small child but Talia’s parents believed it would be a good way to teach their daughter that nice things don’t come by magic out of thin air. They require money. “She said she really wanted to change her bedroom and we said fine but this is a ‘want’ and not a ‘need’. The walls of your bedroom are perfectly fine and if you want to change them you’re going to have to hire a painter, buy the paint, pick out the colours and figure it all out,” recalls her father Ron Lieber.

His daughter was determined enough to save for 18 months, putting aside pocket money and asking for cash instead of presents for birthdays and special occasions. “A week or two ago, the grey paint went up with the white trim, and there was new fabric for her bulletin boards, and she couldn’t have been more pleased. It was money well spent for her,” he says of his only child.

Lieber writes the Your Money column in The New York Times and he is the author of an intriguing new book called The Opposite of Spoiled: How to Raise Kids Who Are Grounded, Generous and Smart About Money. In America, the cradle of capitalism, the book is going down a storm because many parents feel that talking about money, or lack of it, is one of the trickiest questions parents face.

For many parents, he agrees, conversations about money with their children can be as awkward as talking about sex, but if we have our children’s best interests at heart we need to shatter these taboos. Youngsters need to learn about the value and significance of money, how to use it wisely and how to spend, give to others and save.

There are many reasons parents are loath to talk to their offspring about cash. “Sometimes the adults haven’t managed their money particularly well and they’re worried that they’ll be found out by their kids if they have to talk about it,” Lieber says. “They may also be worried that they don’t know enough about money to teach their kids very well.”

Some were brought up to believe it is impolite to talk about money.

“And then there are the families that have a lot of money and don’t want their kids to know it, they think that they can keep it from them and that it will be good for them,” Lieber adds. “There may be other families who believe very strongly that it’s a good idea to keep kids innocent about money for as long as possible. Some of this may be protective, they just want them to be kids and not to have to worry about money, and in other cases it’s political because they are worried that their kids will become the type of kids who size people up according to what they have or what their parents have. They’re hoping to avoid that.”

Lieber points out that his book is for parents who have enough money for their needs and some left over for discretionary purchases. “If you have less than average you have no choice but to talk about money because you are living pay cheque to pay cheque, if you have one at all, and budgeting and money concerns are a daily part of your life.”

Money is a source of incredible mystery and curiosity to children; at a very young age they learn that money is something powerful, the author says. “They don’t always see much of it but they watch their parents waving plastic cards around or putting their smartphones up against cash registers and they don’t quite understand and nobody ever really explains it to them for a good long while.”

They begin to ask questions such as, are we rich? Are we poor? Why can’t we live in a bigger house? And it can be a challenge for parents to answer them in an age-appropriate way.

What does being a spoilt child mean? Lieber says he thinks about it in four ways and only one of them has anything to do with money.

Lavishing time and attention on children in a way that is abnormal — so-called helicopter parenting — also leads to children becoming spoilt.

“It’s only in the fourth definition that we begin to talk about money. It’s possible to spoil kids by giving them lots of things and doing it in a way where they come to expect hings, and feel entitled to them, and don’t express a lot of gratitude or graciousness about the things they have or the things they get to do,” Lieber says.

There is a perception that only wealthy parents have spoilt children but it may not cost much at all to spoil a child.

“Just because kids live in big houses and go to the best schools doesn’t make them bad,” he points out. “They didn’t make these choices for themselves, they were born into it. I know plenty of children from extremely wealthy families who are incredibly generous and who want to share their good fortune with others.”

There are other children at the lower end of the economic spectrum who don’t want to share at all and that is understandable, he counters, because if people have struggled to get what they have, they may be reluctant to hand it over to somebody else.

In one of his columns, Lieber caused controversy when he said parents should tell their children — when they judge that they are the right age — how much they earn.

In the book he relates how one father went to the bank and withdrew his entire monthly salary of $10,000 in single notes and put it in piles on the dining-room table. His oldest son, 15 at the time, thought his father had robbed a bank. The father began peeling off notes for taxes, the mortgage, insurance, the car, clothing, sports outings and restaurants and charitable donations. There wasn’t much left over. “I definitely got their attention,” he reported.

A family’s income should not be hush-hush to teenagers, he says. “How much money we make is so essential to our lives that it seems wrong on the most basic level to shroud it in silence.” And it is better to be open and honest, since curious children will just google the salary of a lawyer, a doctor or a public servant and find a rough estimate. Or they may discover information that is inaccurate.

Many of us have enough money to give our children everything they need and much of what they want. In The Opposite of Spoiled Lieber poses the question; how do we make our children aware of just how good they have it without preaching to them or making them pity those who have less?

Talking about money is a chance for parents to instil values such as modesty, patience, thrift, curiosity and perseverance, Lieber believes. “I had the idea for this book after some parents asked me to speak at their school about all the issues surrounding money because those with more money than average were starting to feel demonised and those with less were feeling that their noses were being rubbed in all this affluence,” he says. “Nobody wanted to speak about money and one of the reasons they were scared to talk was because nobody wanted to raise a spoilt child. But all the values and character traits that add up to the decent, grounded kids we want to push out into the world had a connection to money, it seemed to me. And if you answered kids’ questions in just the right way and engaged in conversations that were ongoing and built rituals around spending, saving and giving, you could end up with every single one of these values.”

We want children to be curious about the world so we should respect their curiosity about money, he says. We want them to be generous and realise that they should think of people less fortunate than themselves. Saving is about patience and delayed gratification, which are traits that will help them in other areas of their lives. With spending, we want them to think about thrift, modesty and prudence.

What about children who are already spoilt? Even with teenagers, it is not too late to turn things around. In the book, Leiber quotes research on materialism carried out by the psychologist and university professor Tim Kasser. He pre-screened teenagers for materialism and took those who flunked a questionnaire and put them through a “de-materialism” programme. They were given allowances instead of being bought things on a one-off basis and had to spend, save and give. They had to learn how to make trade-offs and to think about the things that were important to them. They were told to keep gratitude journals. Each family was given questions to talk through over the dinner table about money and its connection to their particular values.

“At the end of a couple of months, their materialism scores were much better, but that often happens with experiments. The really cool thing was that a year later, some of these changes had stuck. It really seemed to have worked in a powerful way,” Leiber says.

We should have just enough conversations about money and the values behind our financial decisions so that children will have a complete picture of where their families stand and what their values are.

“Our children are going to have to be more responsible about money than we ever were,” Lieber adds, as they will have to make decisions about whether to take on debt for college or university. They will also have to save for their retirement, without much intervention from governments. “There is an urgent need to get them ready,” he says.