Parents given key to teen code 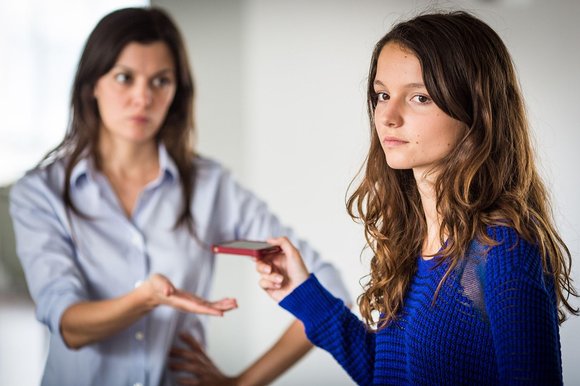 A GUIDE to help parents decode the language used by their children on social media is to be launched by the Department for Education.

ParentInfo, which will be unveiled today by Nicky Morgan, the education secretary, includes a dictionary of abbreviations and acronyms commonly used by children, such as those to communicate sexual desire or innuendo. They include the terms GNOC (get naked on camera) and IWSN (I want sex now).

The guide is also intended to help parents identify when their children are seeking to keep their online activities a secret. For example, PAW means “parents are watching”, CD9 signifies that “parents are around” and MOS is “mum [looking] over shoulder”.

The ParentInfo website explains terms that might be used by teenagers who are engaging in dangerous online behaviour, such as communicating with potential paedophiles. It lists examples such as LMIRL (let’s meet in real life), Zerg (to gang up on someone) and NIFOC (naked in front of the computer).

Other acronyms in the guide include IRL (in real life) and MOOS (member of the opposite sex). Parents will know there is something going on if they read KPC (keep parents clueless).

Developed by the National Crime Agency’s Child Exploitation and Online Protection Centre (CEOP), the guide says: “PAW, GNOC — wondering what your children are tapping into their phones? Or, in fact, what it means? Here’s our parent’s guide to popular teen acronyms.”

Some of the acronyms featured in a CNN report last year that brought the language to the adult world for the first time. Katie Greer, an internet safety expert who has provided safety training to schools and law enforcement agencies, said at the time: “I’ve seen some before and it’s like The Da Vinci Code, where only the kids hold the true meanings — and most of the time they’re fairly innocuous.”

Still, if parents come across any terms they believe could be problematic, they should talk about them to their children, said Greer.

They could also turn to the internet, where sites such as urbandictionary.com are used by teenagers to find or translate the latest online slang.

Or there is the baffling reference to “Eskimo brothers”, which means two men who have slept with the same woman or man.

This weekend, however, there were warnings from teenagers that acronyms might simply be changed if parents learn to decipher them.

Julius Murray, 14, from Camden in north London, said: “I pretty much use this [code] all the time . . . Language is changing all the time. I reckon that soon everything will just be letters.

“If I was a parent, I would have a really hard time to keep up. Kids will definitely invent new ones if they don’t want their parents to understand, but my mum doesn’t really invade my privacy.”

The ParentInfo website urges parents to engage with the technology used by their children. “Download some of their music and have a go at games they like. Talk to your child about their online reputation,” it says.

The guide, which will be made available to families through school websites, also includes “top tips” on how parents should respond if they discover their child has been viewing online pornography.

It advises parents to refrain from having “blunt conversations” with boys and not “to make children feel naughty, grubby or in trouble” for viewing the material.

The website, which has been tested in 550 schools, will be available in all schools by the end of the year.

“The internet is an incredibly powerful tool, which is changing the way our children learn and stay in touch,” said Morgan. “But we must also make sure we do everything we can to help them stay safe online. I hope all schools take advantage of this new resource.”

Justine Roberts of the website Mumsnet said: “Anything that can ease the communication between adults and teenagers is a good thing. We all use lots of acronyms and it’s always handy to have a guide. Most parents will probably have a fairly curious glance.”

The ParentInfo site contains a guide to “sex and violence online — and how to avoid it”. While parental controls can be helpful, it warns “a blanket ban is not always useful”.

For parents preparing to discuss the sharing of sexual images online with a teenager, it says: “Don’t blame them, and make sure they know that . . . even if they’ve engaged in risky behaviour, risk-taking is a normal part of adolescent development.”

It details how children can develop “online resilience” and offers advice on dealing with issues such as cyberbullying, exposure to grooming by Islamic extremists, websites that promote the eating disorders bulimia and anorexia and even “staying safe” while playing the popular game Minecraft.

According to a recent survey by Ofcom, the communications regulator, a fifth of parents feel ill-equipped to keep their children safe on the internet.

What they mean when they type

CD9 Parents are around

WUF Where you from?

GNOC Get naked on camera

OTP On the phone

IMNSHO In my not so humble opinion

IDGI I don’t get it