Things to do in the Brilliant City of York

The Northern City of York is one of the most historic in all of England, and as such, makes for a perfect family excursion. Whether you come for a day, weekend or week there is plenty for you and your children to get up to. 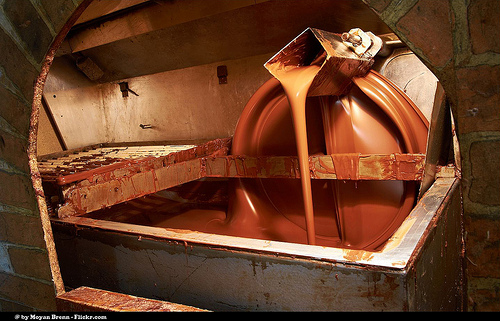 Confectionary and York go way back, and York’s Chocolate Story is the perfect place to find out more about the intertwining history. The tour starts with the Quaker roots of chocolate and goes right through to the award winning phenomena that is the Kit Kat. However, where York’s Chocolate Story differs from places such as Cadbury’s World is that it is far more educational and, much more importantly, the chocolate there is of a far higher quality. If you can handle your children when they are full up on sugar, then take them on this scrumptious chocolate tour.

The York Barbican has a variety of shows for those of all ages. At the end of the month it hosts the UK Championship, so if you and your children are impartial to a bit of snooker then get yourself a ticket. If you don’t want to see Ronnie O’Sullivan win a fifth title – he is the perennial snooker favourite with Betfair – the centre also has the famous Community Carols night in December, and numerous magician and Strictly Come Dancing events throughout the year. 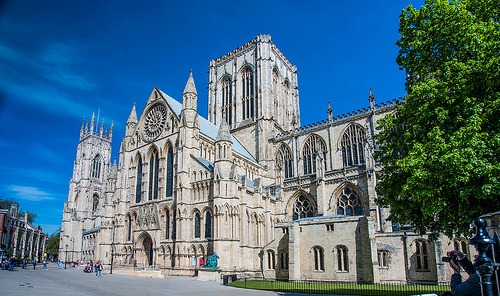 Your children will thank you for this in the long run. This house of God is jaw-dropping. Not only is it one of the largest gothic churches in Europe but it is one of the most beautiful too. This Minster will impress even the most stony-faced child. Its stain glass windows are absolutely enormous, the 23m Great East Window is the largest stain glassed window in the world. It is suggested that in all the windows of York there are 2 million different pieces of glass. The nave of the Minster is every bit as impressive; a vision of symmetry, architecture and art. York Minster is something that is more akin to the Catholic churches of Northern Italy, not the so often mundane Protestant churches of Britain and Northern Europe. York Minster is very much the greatest gothic building on the planet.

A truly unique idea and one that is most enjoyable. Located in the centre of the city is this interactive museum, where for the price of just £5 each, you and your child can partake in an archaeological dig. The venue has four excavation pits for you and your children to dig into. Get your trowel and start looking for and examining clues to see how people lived in Roman, Viking, Medieval and Victorian times. Bar the excavation pits there are also three discovery rooms, in which, one can try out a variety of archaeological techniques and work in the science lab and the field tent. It is proven that if you make learning fun then children are going to benefit from it much more, and when it comes to fun-filled education there is no place quite like Jorvik DIG. You never know you may just spark of an interest in your child in archaeology. Could you imagine your 20-something child going to excavation sites in Jerusalem all because of one fun afternoon they experienced when they were seven-years-old?

Children, for some reason, love dungeons. Maybe it is because it gives them a chance to scare their parents, yeah that is probably it. York Dungeon offers them the perfect opportunity to get their scaring done. The dungeon itself is a 70-minute journey through 2,000 years of horrible history. Not only are there artefacts that you and your child can interact with, but costumed actors, special effects, stages, and scenes that target all five of your senses. You’re not just seeing history, you are hearing it, smelling it, tasting it and feeling it, in essence; you are living it. For an atmospheric and tense history lesson then check out the Dungeon. Be warned, it is probably best avoided if with those of a nervous disposition.

The 2014 winner of the Visit York Tourism Award: Visitor Attraction of the Year (under 50,000 visitors) York Motorsport Village is a brilliant place to check out. The karting attraction is one of the most complete go karting venues in the country that children from the age of four upwards can partake in. The track is fun but safe and exciting for all ages. What many of the big kids – i.e. dads will want to have a go on is the GPXperience Formula 1 simulator; they all like to pretend that they are Lewis Hamilton behind the wheel and now they have that chance.

York is one of the friendliest cities in the UK for families. It is steeped in history, but fun history, not the history that is going to prompt two hours of yawning and whining. No, York has history that is riveting and enthralling.

This article is provided by Brothers Kitchen Blog.